"We were using a process of continuous improvement, a system whereby proposals are entered manually on paper proposal forms, which are then added to departmental C.I. boards - a process both time consuming and open to error."
Paul Annetts, Lean Facilitator at Arla Foods
THE BRIEF

Arla Foods is one of the world's top ten dairy producers. To stay that way, it needs to continually review its processes and ensure waste is eliminated from every possible area, in a way that's beneficial for both each department and its business as a whole.

This is Continuous Improvement (CI). Arla had previously used a system of stand-alone spreadsheets to manage CI across its individual departments. Team members would manually submit paper CI proposals — both time consuming and open to error — which would then be added to the department's CI spreadsheet or 'Board'. The proposals which were able to be implemented immediately were funnelled into 'Tasks', and the ones which required funding and a more involved process to complete were added to 'Projects'.

For CI to yield the sort of incremental steps forward and breakthrough leaps that Arla was looking for, the system needs to be streamlined and designed for everyone's engagement. Arla knew there was scope for significant improvement on its current branched out model, and after approaching Cefar, four principal areas of focus were realised:

Several tasks can be automated and much duplication of effort can be eliminated.

There is scope for a central dashboard to monitor progress and provide alerts for projects that fall behind schedule.

With more feedback, the number of Ideas per department could be increased.

Permission levels could be implemented to allow access to information.

As a cooperative and the largest producer of dairy products in Scandinavia, Arla is a colossal organisation with a multitude of different departments. With each department logging its CI processes in its own particular method, the biggest challenge was addressing the lack of consistency and gaps in information from one area of the business to the next.

As there was no coherent system to document CI information, historical data, and project KPIs, a substantial amount of time was spent collating and preparing data, particularly when it came to top-level manager meetings. The current system had its strengths, for instance, its 'Cards' and 'Project Boards'. But with nothing more than several graphs and illustrations showing the companies growth displayed around its buildings, there was a strong need for a central place to illustrate CI information cohesively and uniformly.

A poorly managed CI system affects every area of your business. And as there was no off-the-shelf product capable of supporting such a customised system at the scale required by Arla, the next big challenge was building one.

With a wealth of experience in systems design and having recently built a custom CI system for telecommunications company EE, we were confident we could deliver to Arla a bespoke, central system — the 'Big CIS Hub' — to manage Continuous Improvement across all its departments.

We began by sitting down with each head of department to fully understand their role and the key information required for that dept. Through carefully identifying each step in their processes and the specific needs of each one, we built a prototype module based on the current user interface. This meant the new system would cause minimal disruption while still bringing massively improved functionality.

From logging in to tracking profit/loss, every aspect of the CIS Hub adopted principles of lean methodology. As it was a bespoke solution, it meant Arla could continue delivering value to their customers in a systematic but unique way — offering a significant advantage over competitors who use off-the-shelf solutions and don't have access to similar modes of working.

As well as delivering on the objectives outlined in the brief, we also introduced several new concepts including a growth and reward system for employees and a swifter hand over processes. This allowed not only for internal operations to be improved, but also for Arla to be proud, prepared, and prominent when presenting information to clients and explaining their problem-solving processes to partners. 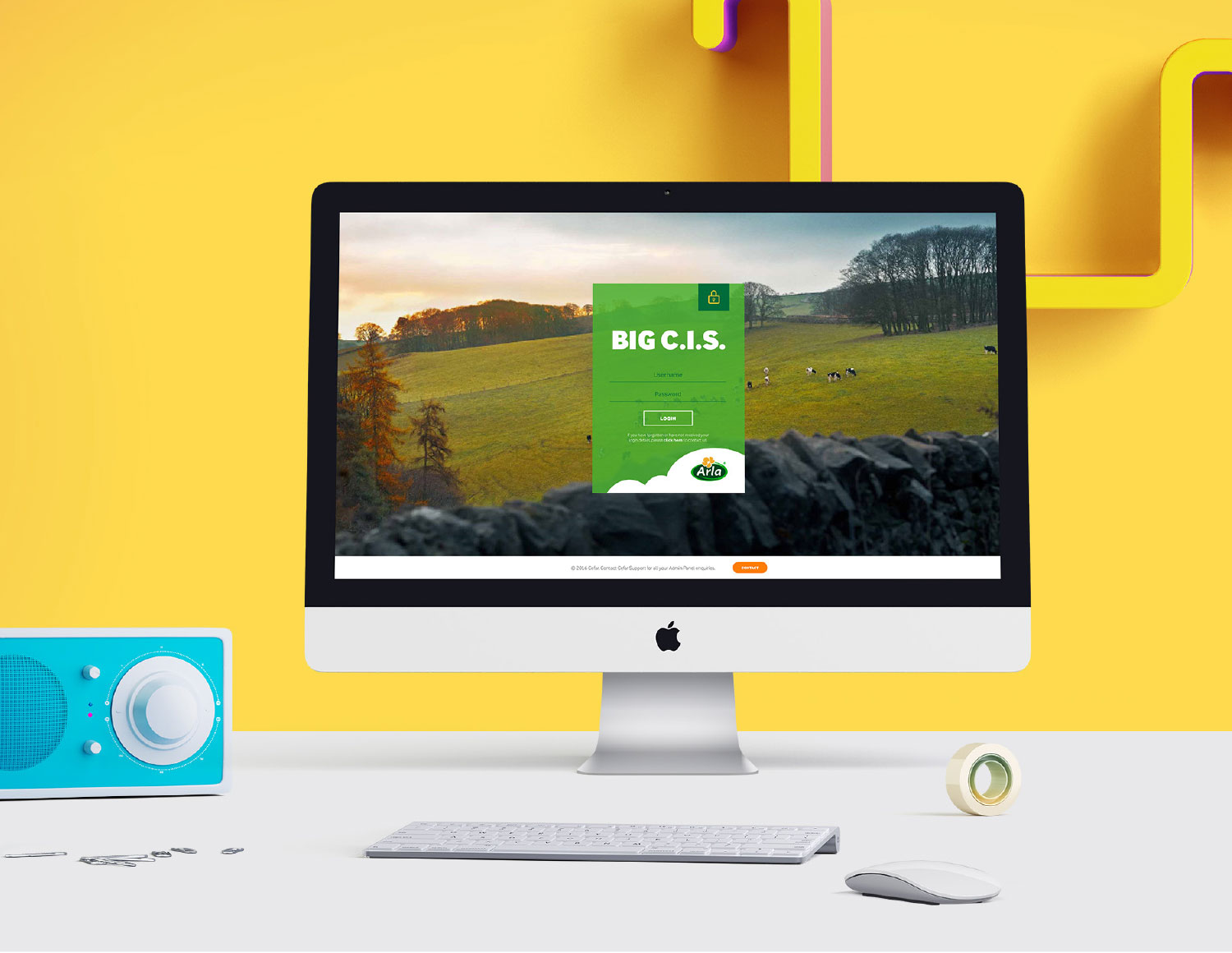 "It cannot be stressed enough how this would differ from any off-the-shelf system." 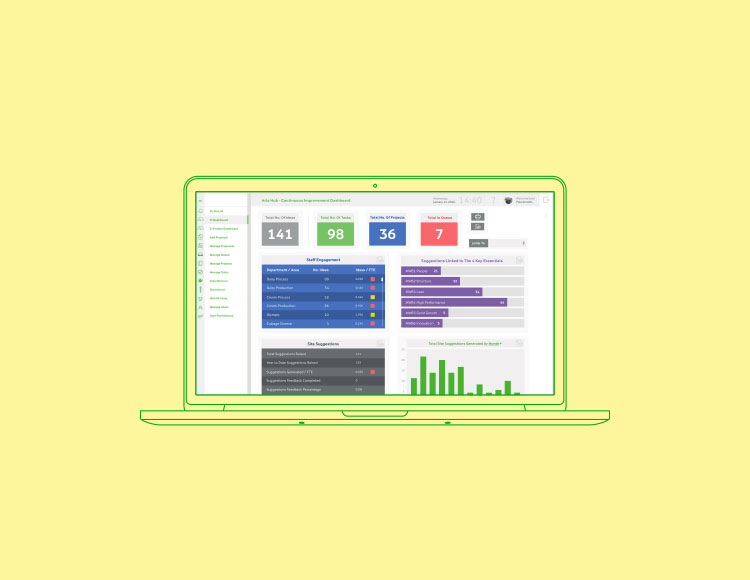 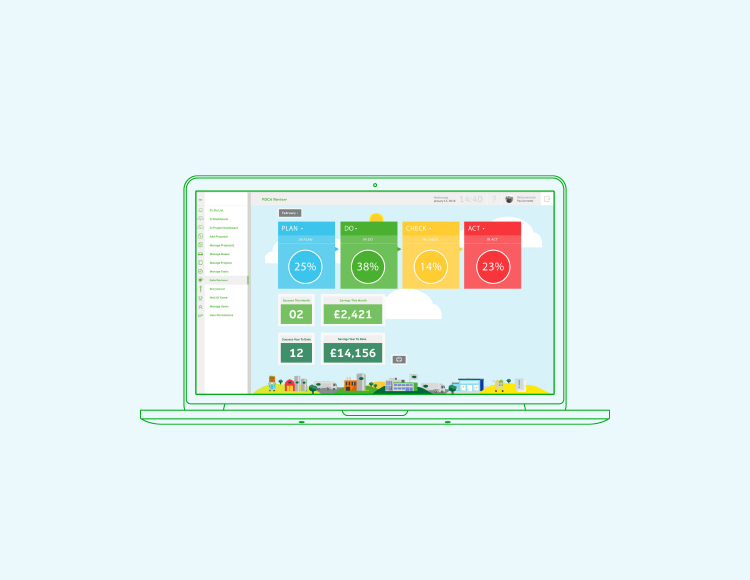 "Cefar proposed to create a bespoke system to manage our Continuous Improvement process across all ARLA sites and to overcome the current obstacles and any other shortfalls they recognised in our current system. Cefar scoped and strategically planned IT solutions that adopted the lean methodology – The 'Big C.I.S,' Hub. The Hub is a purpose-built bespoke system designed to increase our project delivery success through the implementation of the lean methodology.