You’ve likely heard businesses talking about “UX” and “UI” design. The terms will often be casually dropped into a conversation about an app or web project in between mentions of “CTAs” and “ROIs”.

This makes them appear like some incredibly mystical and complex processes, only to be understood by people with the word “designer” somewhere in their title. But the fact is, not only do most businesses not properly employ UX and UI techniques, they don’t really know what they mean.

As young terms that both relate to web design, User Experience and User Interface are some of the most confused and misused in the field.

For this reason, lots of companies think they’re using them while missing important aspects like user testing. Others class them as any kind of digital optimisation they make. And others still just use them as buzzwords and don’t put them into practice one bit.

Such businesses are missing a trick because UX and UI have the potential to increase your digital traffic and conversions more than pretty much anything else you can do. As just one example, in a study by Forrester Research, a better User Experience design could boost your conversation rates by as much as 400 percent.

In this article, we’re going to first get some of the facts straight on what both UX and UI are and then dive into exactly what you need to do to benefit from their full potential. 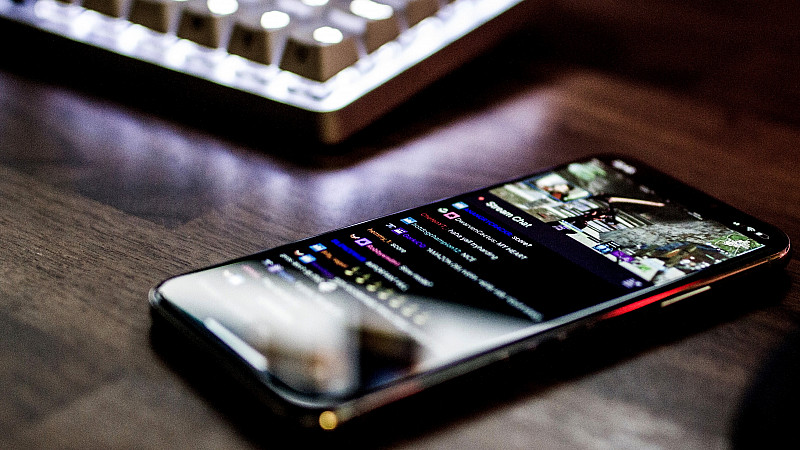 As mentioned above, User Experience and User Interface refer to different parts of the design process. That means they both work closely together, but what they’re used for and how they work couldn’t be more different.

The best way to explain them is to start with an analogy. Say the product you’re building — website, app, service, etc. — is a body. We could say the bones are the code, the functioning of the organs is the User Experience, and the appearance and cosmetics the User Interface.

Like how our organs measure against input and optimise everything for our survival, the User Experience of a product aligns business goals with a user’s needs through a process of testing and refinement. Much like organs, when it’s functioning as it should, you shouldn’t notice it. Similarly, there is no optimal end goal to reach, but rather a continual relationship of response and adjustment.

In this way, UX design is a more analytical and technical field, with some considering it just a fancy way of saying market research. But it’s much more than that: as the co-founder of the term suggests, “it encompasses all aspects of the end-user’s interactions with the company, its services, and its products”.

The goal of this work is broad but simple: the optimisation of the customer’s experience with a company and all its products. It’s why companies that make use of UX see for every $1 invested, a return of anything between $2 and $100. Some companies like AirBnB even credit their success almost entirely to UX design.

In our analogy of a body, User Interface is the more visual aspects as opposed to the parts that are purely structural and functional. It’s the skin and senses and their reactivity and interactivity in response to input.

In this way, whereas UX is more technical and social, UI is more visual and closer to graphic design. It complements the organs seamless functioning with a polished and coherent look, feel, and interactivity.

A good way to think about it is that User Experience design can be applied to all sorts of experiences, whether it be going through a supermarket or using a virtual reality app. User Interface design, on the other hand, is solely a means of optimising how a user and computer interact: in other words, it’s strictly digital.

A User Interface designer is, therefore, an expert in all things visual, from branding and front end design to animation and user storyboarding. They know how to translate a businesses’ strengths and visual assets to a product interface, enhancing UX and visually guiding users via interactive elements.

Many companies and even designers have their own definitions for UX and UI or simply muddle them up as they have many parallels. It is true that when it comes to building a digital product today, you need them both to be successful. A clear example of this is responsive design: when a company doesn’t offer a visually-pleasing experience on mobile, 60 percent of users won’t trust them.

What makes great UI and UX

When UX and UI work well together, they reduce the work the user has to do and make a product comfortable to use and interact with.

The best examples of digital services find this ideal balance by following common UX and UI principles. First, they give users a sense of control over the interface. One way designers achieve this is with the undo/redo principle.

Even if it’s not necessary, making actions reversible gives the user a sense of comfort which allows them to make mistakes, explore unfamiliar options, learn quick, and gain a sense of mastery over a product. The opposite to this is a frustrating and nerve-racking experience in which users have to be careful and slow and stick to what they know.

Second, they make the product a joy to use. Once a user feels like they’re in control of a product and aren’t held back by a fear of failure, they’re free to enjoy it. UX designers achieve this by using the “is this really needed” approach.

By repeatedly asking about every element, “is this relevant, needed, and/or useful for the user”, UX and UI designers can get rid of irrelevant data, prioritise what’s important, and shape a product from a user’s perspective.

One effective way to do this is by following Fitts’ law. Fitts’ law states that the time to acquire a target is a function of the distance to and the size of the target. User Interface designers use this principle to influence the design of interactive buttons and to keep the distance between a user and the completion of a task as short as possible.

A great example of a perfect marriage of UX and UI is Graze. In a few clicks, you can have your first snack box ordered and the next queued up thanks to a recurring subscription. After immediately explaining how the process works with simple visuals, the easy-to-navigate order interface offers you three options and provides feedback for every action you take. It also lets you know exactly where you are in the process and what to do next.

Graze also makes a point of making the user feel as comfortable as possible, making it clear they won’t be charged ahead and can change or stop the orders at any time. At the same time, there is not information abound. For instance, Graze is not suitable for people with allergies, but the information is hidden behind a tick box so only the users its relevant to need to see it.

There’s much more to great UX and UI, but you can’t get anywhere and know how far they can take you unless you know exactly what they are. That’s why the best experiences and interfaces come from companies who instil them in every project they work on.